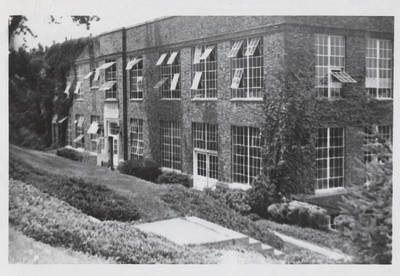 Damel Hall was named for Professor John W. Damel who came to Lincoln Institute before the turn of the century as a teacher and later served for a short time as President. Damel Hall was constructed in 1937 and housed the Mechanical Arts and Agriculture Departments and office of Superintendent of Building and Grounds. Currently Damel Hall houses the Department of Computer Science, Technology & Mathematics.