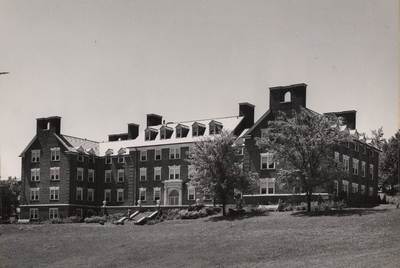 Anthony Hall was named for Libby C. Anthony who was a matron of girls as well as assistant in domestic economy. She was the first Treasurer for the National League of Afro-American Women and a life long resident of Jefferson City, Missouri. This three story brick building was completed in 1940 and served as a dormitory for Freshman and sophomore young women. It was renovated in 2007. It is now a co-ed residence hall for upperclassmen.